15th of Av and Religious Exemption 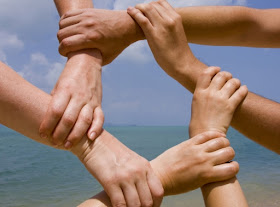 
This day is celebrated by Jews worldwide since antiquity. Never before has this special day had as much timely relevance as today, as the fate of religious exemption hangs in the balance.

Why? Let's first consider the five happy events that occurred on this date in Jewish history.


Do you see the common theme here?


Each of these events signified reconciliation and reunification after a period of alienation and estrangement.

And now, on the 15th of Av of this year (August 16, 2019), we yearn for reconciliation and reunification yet again.


Sadly, several months back, thousands of Jewish children were wrongly banned from school for no good reason. Due to zealous school administrators and principals, goaded on by city and state officials, these innocent children were alienated from their schools and neighborhoods, treated as pariahs and lepers. Even worse, the state legislature then hastily passed an unjust law cementing these poor children’s fate.


In a flagrant violation of First Amendment rights, the state eliminated religious exemption thereby coercing all residents of NY State to vaccinate or be barred from school… an unprecedented barrier driving a wedge between these children and their peers, marginalizing Jewish families from their communities.


Today, the 15th of Av, we hope and pray for the end of this unlawful alienation of Jewish children.


We yearn for a reconciliation between NY’s Jewish communities and these precious children who suffered estrangement, humiliation, and scorn.


Let Klal Yisroel reunite once more, and let’s tear down the artificial barriers that divide us into “provaxxer” and “antivaxxer” camps.


Let’s learn to respect one another, and honor each individual’s freedom to his or her own medical choices. In truth, we are one people, bound by an inherent unity that transcend all differences.


Please join me in prayer as we look forward to hearing good news, the return of sanity to N.Y. State and a stay on this deplorable law, and ultimately, its repeal.

The Talmud states: "There were no greater festivals for Israel than the 15th of Av and Yom Kippur.

Indeed, there is no greater joy than when Jews reconcile and unite as one.

בימים ההם בזמן הזה. In those days and in our times.
Celebrate Jewish unity. Celebrate the 15th of Av!